Yesterday I was in the mood for crafting so I decided that I would start on my second installment for my #essiebuffDIY series! Seeing as its October I knew that I wanted to do something that incorporated the season and Halloween. I decided to make some essie inspired pumpkins that I could use for decoration around my house during the fall season. This is a fun DIY because you can make the pumpkins have whatever design/saying that you want on them and use whatever colors you want to personalize them to your own style. Take a look below to learn how to make these personalized pumpkins yourself! 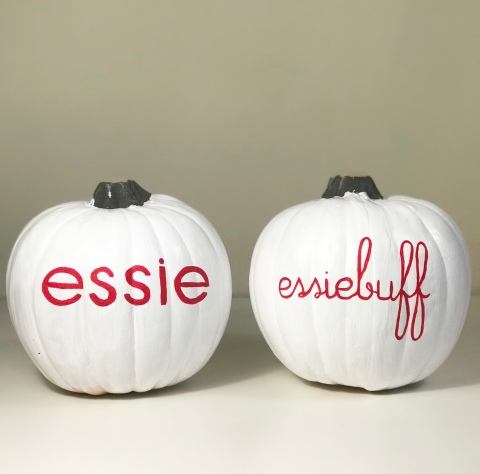 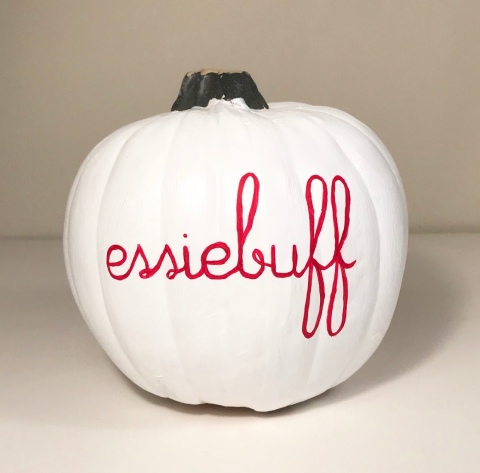 I hope that this #essiebuffDIY was informative and that you like the finished product! Please let me know if you recreate this project as I would love to see it! Also let me know on Instagram if there are any DIY projects that you would like to see in the future! 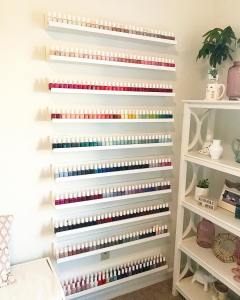 I’m a born and raised Vermonter who became slightly obsessed with essie polish (see my nail wall above for a visual) and all things beauty related back in 2014 and since then the obsession has only gotten stronger! If you would like to work with me or want to chat about any and all things having to do with polish, beauty, and personal care please email me at oliviamargaretblog@gmail.com!